Of all the festivals in the world, Songkran has to be up there as one of the best if only for the reason that as a grown up you can run around in the streets with a super soaker spraying people with water and not have anyone get annoyed at you look at you like you’re strange, in fact it’s encouraged and the whole country gets involved. 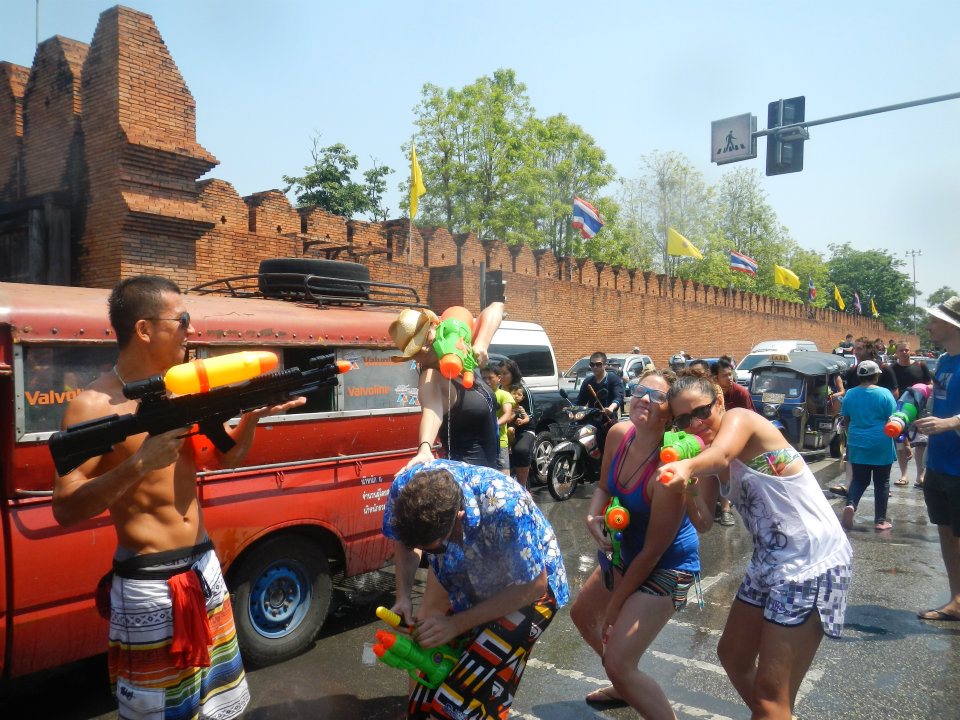 Songkran is Thai New Years held in mid-April in Thailand and surrounding buddhist countries, it’s a water festival for cleansing and starting the year fresh. I haven’t experienced it in other countries but in Thailand I have experienced Songkran 3 different years in 4 different places and this year was the only time I had the sense to bring a water proof camera to capture the craziness and fun that is Songkran. 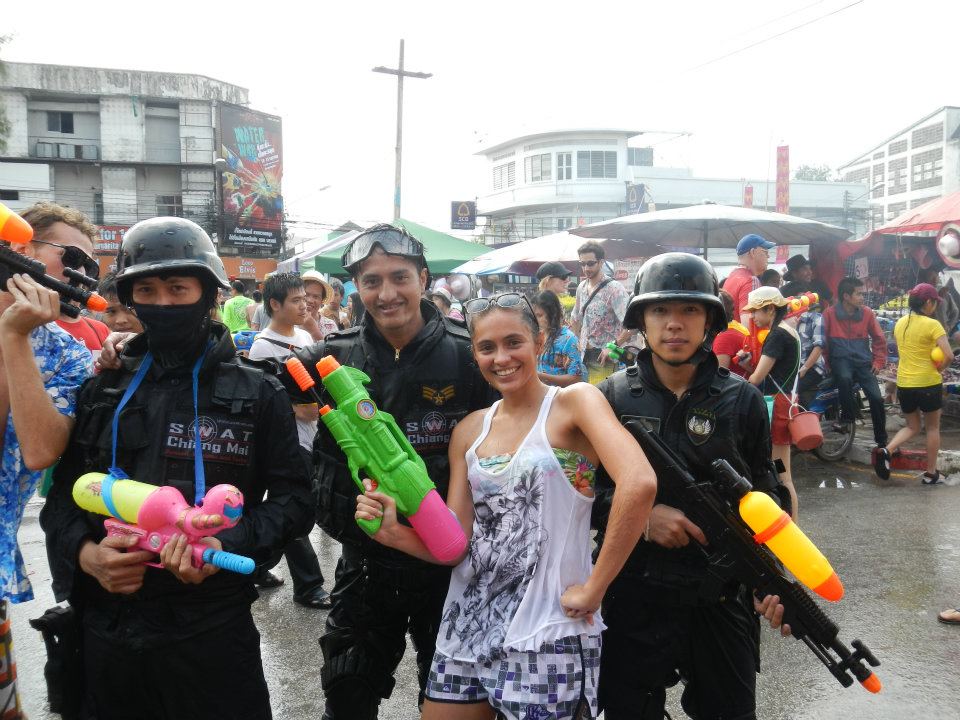 The first year I was in Thailand for songkran I was on Koh Tao a small island in the gulf of Thailand, I had been there for a month and had no idea what was happening in the world outside of my tiny remote isolated island world, I had no idea that there was a civil war in the streets of Bangkok with tanks and the army in the streets and I had absolutely no idea what Songkran was.

I woke up late after a night of drinking and left my bungalow to get a breakfast to cure a samsong & thai red bull hangover, at first there were a few people with water pistols squirting me with water which was so nice in the Thai heat and with a hangover, I thought they were just playing around because of the heat, then as I walked further up the main road on the island there were increasingly more and more people with more and more water being thrown, buckets of water, pistols, tubes and buckets of ice water (the worst). 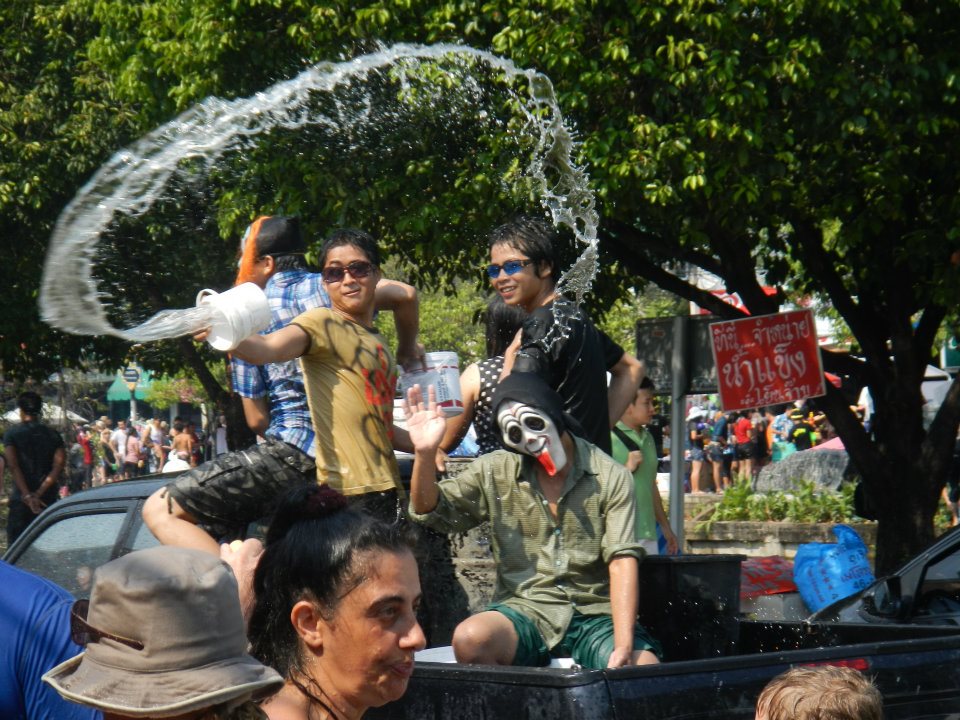 By this time my wallet, money, phone and everything in my pockets was soaked with water and someone had explained to me what was going on, feeling stupid I had no idea it was new years and one of the biggest festivals and still nursing a shocking headache I went back to my bungalow, got rid of my stuff and joined in the fun.

Which leads me to my first 3 rules of songkran:

1. Know when Songkran starts
2. Don’t bring anything outside unless it’s waterproof, tightly sealed in waterproof case or you want it to get wet
3. If you go outside you and everything you have on you will get soaked with water

I emphasise the fact everything you have will get wet because despite knowing this festival is on people still arrive completely unprepared or think that because they are holding an expensive camera or their passport and ask people not to get them they can stay dry, this is not true, you can’t observe songkran, you can only participate. Let’s make that a rule as well.

4. You can’t observe songkran, you can only participate 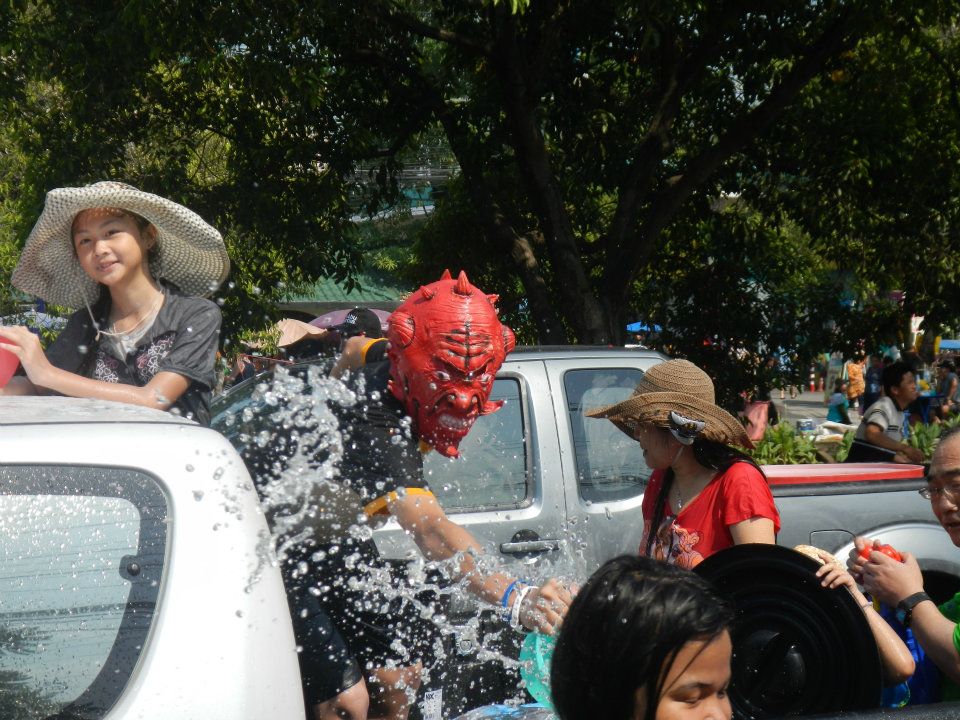 My second songkran experience was when I was living in Thailand and because some cities and towns in Thailand run songkran over different dates or for longer I was able to enjoy /survive a whole week of songkran over two different cities. No photos survived from this songkran so won’t go into detail about that year.

This year (2012 or 2555 in the Buddhist calendar) I went to Chiang Mai in the north of Thailand which has the biggest Songkran festival in Thailand. Chiang Mai is a beautiful city all year round, it’s small, easy to walk around, the main part of the city is surrounded by a moat and everything is central which means so you can’t miss the party which is good and you can’t escape the water which is good or bad depending on your mood and how waterproof everything on you is.

Photos below show why you need a waterproof camera: 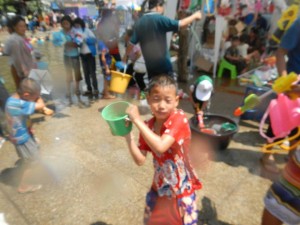 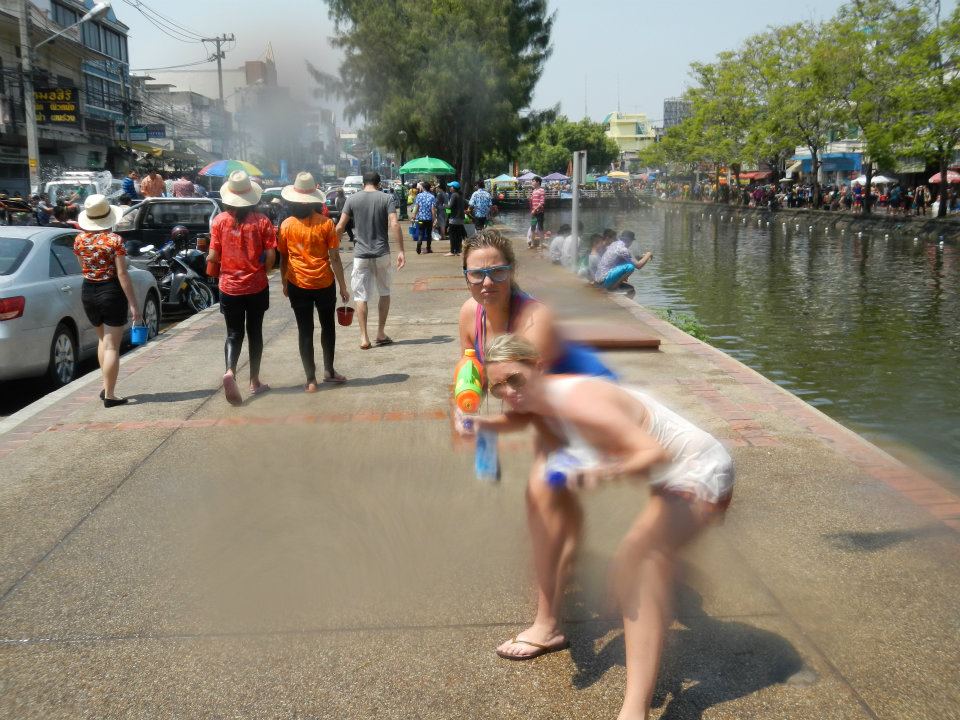 If you haven’t been to Chiang Mai, add it to your travel list, it’s the main city to get anywhere in the north of Thailand, it’s very laid back and has a big community of digital nomads. 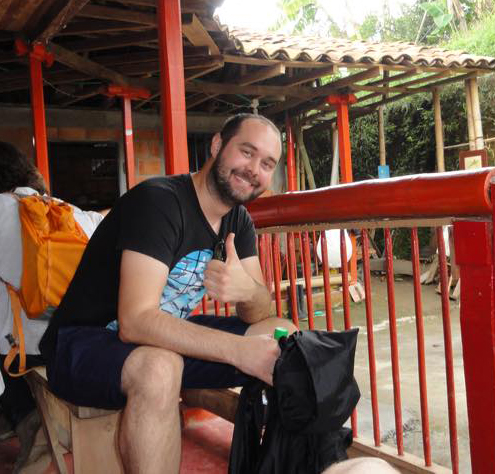